According to Police and KWWL, a preliminary investigation of a fatal shooting of an armed intruder in Monticello suggests that the shooting was justified.

Get our free mobile app

On January 11th a little before 2pm, Monticello Police and several other agencies responded to an in-progress break-in of a home on 309 South Sycamore Street. 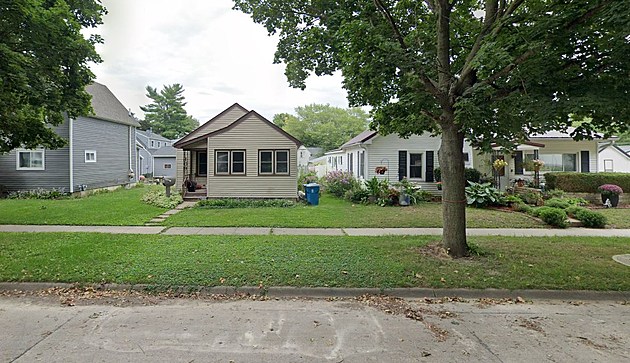 Patrick O'Brine, who was masked and armed, gained entry into the home by breaking out a basement window. The homeowner, Scott Harden, saw the intruder emerge from the basement. Harden fired his weapon at O'Brine three times. O'Brine was hit twice by the gun fire and died on scene. Harden's 10-year-old son was home at the time. They were both unharmed in the incident.

"While this investigation remains ongoing, preliminary indications and evidence uncovered on scene supports the conclusion that the use of deadly force was justified under the circumstances." -Britt Smith, Monticello Chief of Police

The case is still under investigation by the Division of Criminal Investigation and the Iowa Department of Public safety.

According to our reporting partner at KWWL, a man involved in a home break-in in Monticello died after being shot by the person who lives there earlier this week.

Get our free mobile app

According to a report from police, Jones County Dispatch received a call of an in-progress break-in at 309 South Sycamore. The call came in just before 2am on Wednesday (1/11) morning and a Monticello Police officer was dispatched to the scene.

Prior to law enforcement arrival, the homeowner armed himself with a firearm. The intruder gained access to the residence and confronted the homeowner. The homeowner fired the weapon at the intruder. The intruder, identified as 30-year-old Pattrick Michael O'Brine, was pronounced dead at the scene. He was transferred to the Iowa Office of the State Medical Examiner.

The homeowner has been identified as 44-year-old Scotty Allen Harden. Harden and his 10-year-old son, who was at home during the incident, were unharmed. The incident remains under investigation by the Monticello Police Department. Monticello Ambulance, the Jones County Sheriff's Office, and Anamosa Police also responded to the scene. Watch here for more updates.

States with the most registered hunters